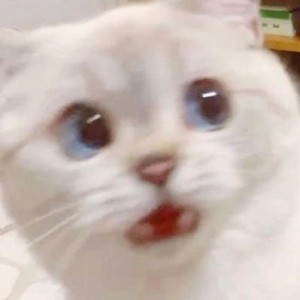 This case study focuses on the newly introduced UNI tokens and their process of distribution.

Since its existence, Uniswap has been the most recognized Decentralized exchange for a duration of almost 18 months. Then a new entrance, named SushiSwap proved a threat to them. Although, the SushiSwap project is a forked version of Uniswap. SushiSwap gained an advantage over Uniswap by introducing protocol tokens, SUSHI.
On one hand, Uniswap provides Liquidity providers 0.30% of the fee as the reward.
On the other hand, SushiSwap provides 0.25% of the fee as a reward and the remaining 0.05% converts into SUSHI tokens. The more a liquidity provider provided liquidity, the more tokens they earned. This enabled the Liquidity providers to cast governance votes. With SUSHI tokens, a liquidity provider can still have income even after withdrawing all his tokens and/or ETH from the pools.

Uniswap introduced its own protocol tokens called UNI tokens on the 16th of September. This announcement of UNI tokens is a response to SushiSwap. The distribution of these tokens was unique. Uniswap had the snapshot taken on the 1st of September and every address on that snapshot was eligible to claim 400 UNI tokens including the 1200 addresses that submitted failed transactions. Upon entering the market Uniswap quickly developed a price of $3 per token which held the worth of $1200 at that time.
A few days later a single UNI token reached the price of $8, making the initial 400 UNI tokens worth $3200. UNI tokens were one of the largest distributed tokens as they were distributed to around 50,000 wallets.

The initial supply of UNI tokens is 1 Billion. A 4-year plan will make these tokens accessible.
Uniswap UNI tokens were distributed in the ratio of

After 4 years an inflation rate of 2% per year will ensure the continued participation in place of passive UNI holders.
Historically liquidity providers, users, and SOCKS holders or redeemers can claim 15% of UNI tokens immediately by based on the snapshot. The historical liquidity providers claimed 4.9166%. 251,534 historical user addresses distributed 10.06136% evenly. 1000 UNI were claimable by each address that has either owned SOCKS or redeemed SOCKS tokens for physical socks. 0.022% is split among 220 SOCKS holders/redeemers.

The smart contract used to distribute UNI tokens among the community members is indeed smart.

The smart contracts in ethereum use the Merkle tree as the data structure. This data structure has the hash of transactions or data blocks as the leaf node. The non-leaf nodes are a hash of its own children. Starting from the bottom, every two pairs of nodes combine to form an upper node. The Merkle tree ends with a single node on top also known as the root node which is the hash of the last two remaining non-leaf nodes.

Hashes of data are easy to calculate. Uniswap had the snapshot of the data of its users i.e the wallet addresses and the swaps each address took part in. This was done using the Ethereum ETL. Uniswap configured its own node to fetch the data from the blockchain using Ethereum ETL. Uniswap collected the data of the users using the snapshot node. This enabled them to calculate the hashes ahead of the transaction. They then used these hashes to form a Merkle tree. The root node enables the accessing of all the data of the Merkle tree.

This Merkle root is entered in the MerkleDistributer smart contract of Uniswap.
When a transaction takes place, it’s hash is calculated, let’s call this hash “leaf”.

When the user claims UNI tokens, the claim function runs.

The function above utilized the account, index, and amount of the user to first check whether the UNI tokens are claimed beforehand or not. This is done with the help of isClaimed function.

The user pays the gas fee since the user is already going through with a transaction and UNI swaps give UNI tokens in the same transaction.

How did Uniswap benefit?

The intellectual way of coding the smart contract saved Uniswap from paying the amount they might have, in case they decided to separately make a transaction just to distribute tokens.
Uniswap killed two birds with one stone. Uniswap took over SushiSwap quickly. As of 30th September, with $2.13Billion locked in the protocol, Uniswap is dominating the DeFi market by holding 19.35% of the market.