Chainlink is a fully decentralized oracle network that enables access to real-world data to smart contracts in blockchain.

This section focuses on Chainlink’s architecture. The core-purpose of Chainlink is to create a bridge between on-chain and off-chain transactions.

Users who want to request queries for data, create a UserContract which essentially inherits the ChainlinkClient contract to do so.

The Chainlink contracts are designed in a modular way. And so users may configure and change the contracts as needed.

The Reputation(DeviationFlaggingValidator) is for tracking the performance of oracle, the order-matching(PreCoordinator) matches user’s requests with oracles(Oracle), and lastly, the aggregator aggregates the latest responses of oracles.

This contract, also known as the reputation contract, keeps track of the oracle’s performance metric. This contract checks the current value against the previous value and makes sure that it does not deviate outside of some relative range. If the deviation threshold is passed then the validator raises a flag on the designated flag contract.

The validate function verifies that the current answers submitted by oracles don’t deviate 100% from the previous value.

Chainlink uses the CheckedMath library which is adapted from Openzepplin’s SignedSafeMath library. This library reverts the transaction in case of overflow.

On every flagging of an oracle, an event is emitted. However, only owner and owner-approved addresses can flag an oracle. Also, only the owner can remove the flag of any flagged oracle. When the oracles are flagged the raiseFlag function is called which checks whether the address is allowed to raise the flag. This function then calls the private function of tryToRaiseFlags.

The tryToRaiseFlag function flags the oracle named as the subject.

The reputation of every oracle on Chainlink can be viewed at Chainlink Block Explorer.

Aggregating contracts collects the results and finds aggregate of all the responses from all the oracles. The aggregated result is also stored on-chain so the users can obtain the latest price feed. This latest price feed can be fetched without any gas fees.

By implementing the AggregtorV3Interface, the periodic price updates can be accessed. After completing the requests, oracle contracts updates the aggregating contract with the submit function. And pass on the results in the parameter. Then the contract validates the result through AggregatorValidatorInterface.

The oracle nodes on Chainlink gather responses to off-chain requests. These responses are sent to Chainlink contracts.

How these responses are sent to Chainlink contracts is discussed in section 2.4.

Assignments i.e. the work done by the Chainlink node consists of subtasks. Assignments are the core of the system, they are composed of one or more sequential subtasks, a schedule, a fee specification, and an optional name and description. Subtasks are the smaller job specification of the assignment, as they are work specifications for distinct job types.

Once an oracle receives an assignment, they sign the hash of the assignments. Upon receiving affirmative confirmation the user pays the oracle.

Assignments can essentially be triggered in two ways.

The word on-demand is quite self-explanatory but if payment is required it must be paid with the request, not upfront. Any adapter may trigger an update on the entire assignment. However, the update triggers at the start of the earliest subtask and follows the full progression through all subtasks. To accommodate this, adapters often need to be stateful i.e. they store the data that triggered their snapshot and use it when they are next in the pipeline.

Also, oracles may choose to charge a service availability fee similar to an SLA. The baseline of this agreement is that the requester deposits the total fee amount into a contract where the oracle retrieves it in a prorated fashion. If the oracle fails to respond to requests, the requester gets the deposit back.

Adapters are services an oracle runs to expand the functionality they offer. Programs, irrespective of the programming language, can easily be implemented simply by adding an intermediate API. Oracle providers can specify their offered services and requirements by following the adaptor specification and protocol.

Several external adaptors are available on https://chainlinkadapters.com. The node operators can easily access and use these tools and services.

Want to build and use external adaptors?

Now that we have an overview of all involved contracts, grasping the workflow would be less complicated.

The on-chain architecture workflow can be performed in two ways.

Let's discuss both of the approaches individually.

In this scenario, consider a UserContract which has implemented a ChainlinkClient contract.

Interact With PreCoordinator And Multiple Oracles

Chainlink initially used the flux aggregator model. While this method is quite straight-forward, it comes with increased cost. As every single node is submitting the response on-chain, they all have to pay the gas fee. Off-chain reporting enables nodes to aggregate their observation in a single report. This is done using a secure P2P network. Then a quorum of nodes sign the aggregated reports and then a single node submits the report on-chain.

All nodes watch the final on-chain result on blockchain for any single point of failure. In case the submitter node fails to get transmission confirmation with-in the specified time, a round-robin algorithm comes into action. In this scenario, other nodes also submit their final result report until one of them is confirmed.

To ensure that the result of a query is obtained from multiple resources is valid, distributed sources are used. When oracles work on an assignment, they may retrieve data from multiple sources and aggregate them. However, one data provider may obtain and release information obtained by another data provider. Faulty data may get forwarded by multiple data providers.

The high degree of tamper-resistance and reliability is ensured by Chainlink as it exclusively pulls data from premium data aggregators. Volume-adjusted aggregated price point from all centralized and decentralized exchanges represented by each data source. This makes it inherently resistant to numerous attack vectors like flash loans or abnormal deviations.

To avoid unsolicited correlations, Chainlink pursues research into mapping and reporting the independence of data sources.

Just as the sources can be distributed, the same can happen for oracle nodes. These distributed oracles may get data from multiple sources. Some of these sources may overlap but will return a single answer.

The first solution provided for the aggregation to get that single answer is in-chain aggregation. The aggregated answer of each node goes through a contract and then a refined answer is returned. However, the problem of freeloading persists.

To deal with freeloading a commit / reveal scheme is used.

In this approach, oracles commit their cryptographic responses to Chainlink thus hiding their responses from other nodes. After enough responses are submitted, the nodes reveal their answer.

This solution deals with the problem of the transaction cost. As more and more oracles are used the transaction costs increase. The off-chain aggregation approach allows Chainlink to send a single aggregated answer to the smart contracts. The consensus is accomplished by allowing each oracle to generate a partial signature of its answer which together would create a verifiable signed answer from the collection of answers provided by all participating oracles. For this, Schnorr signatures are implemented. This enables the receiver to verify the sender.

To prevent freeloading in off-chain aggregation, it is required that each oracle obtain their data from the data provider instead of from one another.

A PROVIDER waits until enough nodes have committed their answers and de-commitment messages are received. Then, it sends the reward to oracles included in the accepted de-commitment set. Hence, incentivizing them for being honest.

The reputation system will publicly reference the on-chain history maintained by it. The factors on which individual nodes are rated other than availability and correctness are:

the node’s total number of assigned, completed, accepted requests, the average time to respond, and the number of penalty payments.

The overall purpose of the reputation system is to provide incentives for nodes to produce honest data in a timely manner.

The certification system deals with Sybil and mirror attacks. The long-term solution is to use trusted hardware. However, certification service design’s short-medium solution issues endorsements of high-quality oracle providers. These endorsements are based on the stats in the validation system and would perform post-hoc spot-checking of data with reputable sources. In case oracles submit false responses, the answers will be visible in post-hoc review.

The use of contract upgrade service is optional. When vulnerabilities are discovered, users can choose to use this service.

Contract upgrade service will essentially make a new smart contract based on the existing one and migrate all of its assignments to the upgraded contract. The use of a flag MIGFLAG would act as an indicator to use the new upgraded contract and not the existing one. If the flag is missing, automatic forward i.e. FALSE default value, would be used by the contract. The changes made by the contract upgrade service will be available on-chain.

LINK tokes are the native tokens of the Chainlink network used to pay for services of the network. These services include retrieving off-chain data, formatting data into blockchain readable data, off-chain computation, and but not limited to uptime guarantee as operators.

LINK token is an ERC667 token that inherits from the ERC20 standard. This allows token transfers to contain a payload.

Learn about Categories Of Decentralized Finance. 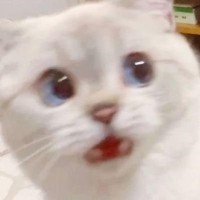